- A Tough decision to make, often based on cost

You're happy with the software on your website, it works as well as it did when you first took delivery of it all those years ago. Yet something sinister is happening under the bonnet - your system is ageing rapidly and the version of the software it was built on is no longer supported; its working life is coming to an end.

So what are you to do? Keep it on a server running the old version of that software perhaps? But how long will that last, and will you be able to find a suitable host that still uses that version?

One of the most common conundrums at the moment is the upgrades in PHP, a server-side scripting language that underpins most of the web today. Wordpress is written in PHP, so too is Facebook, Yahoo, Flickr and Wikipedia, amongst others.

In 2004 PHP 5.0 was released and was followed with further sub releases up to PHP 5.6 in 2014. During this time warnings were given that many commands were going to be deprecated, 'disapproved of' and be removed in future releases. The biggy here is the deprecation and then removal of MySql database commands. With the introduction of PHP 7 in 2016 these commands have been replaced with MySqli and PDO alternatives. If your software has any 'MySql' commands that have not been updated the site will fail.

Now for the good news, if you update to PHP 7.0 you will not have to rewrite the entire program, just those commands that have been deprecated.

Here's the strategy I use: rewrite and update the deprecated code to PHP 7, thoroughly test the running and security of the updated script and database, add a responsive front end and ... that's it, an enduring solution that keeps costs to a minimum. 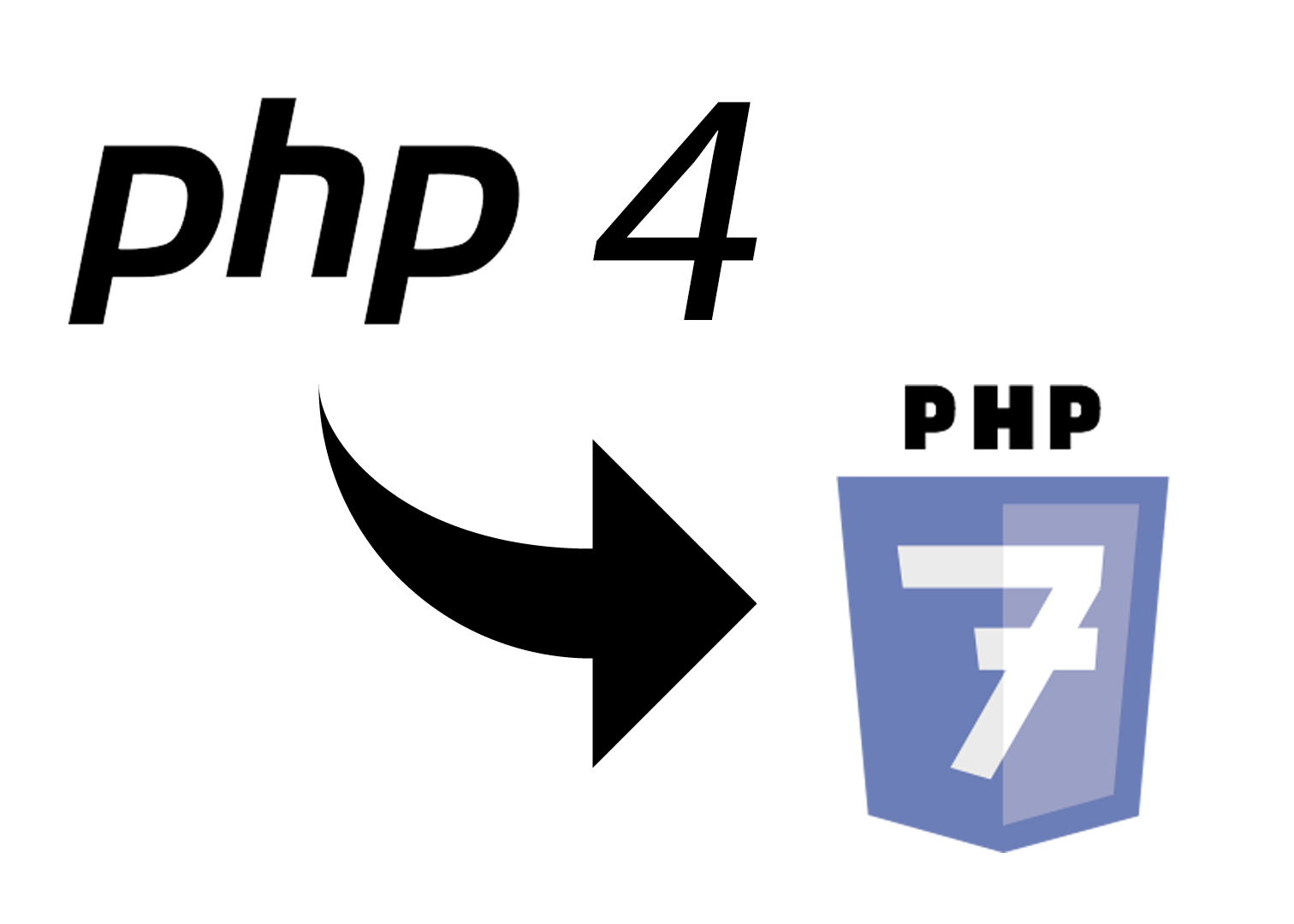